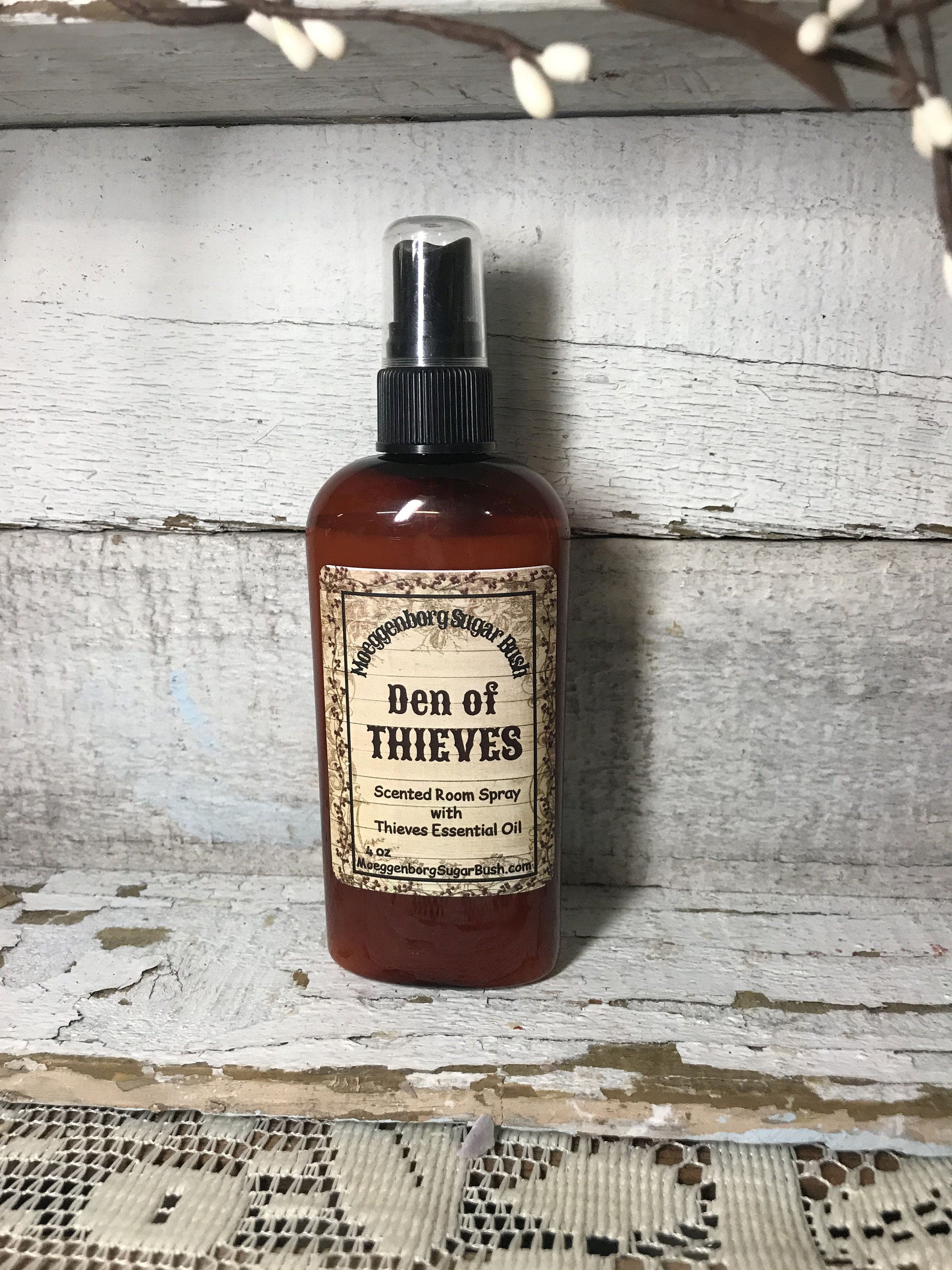 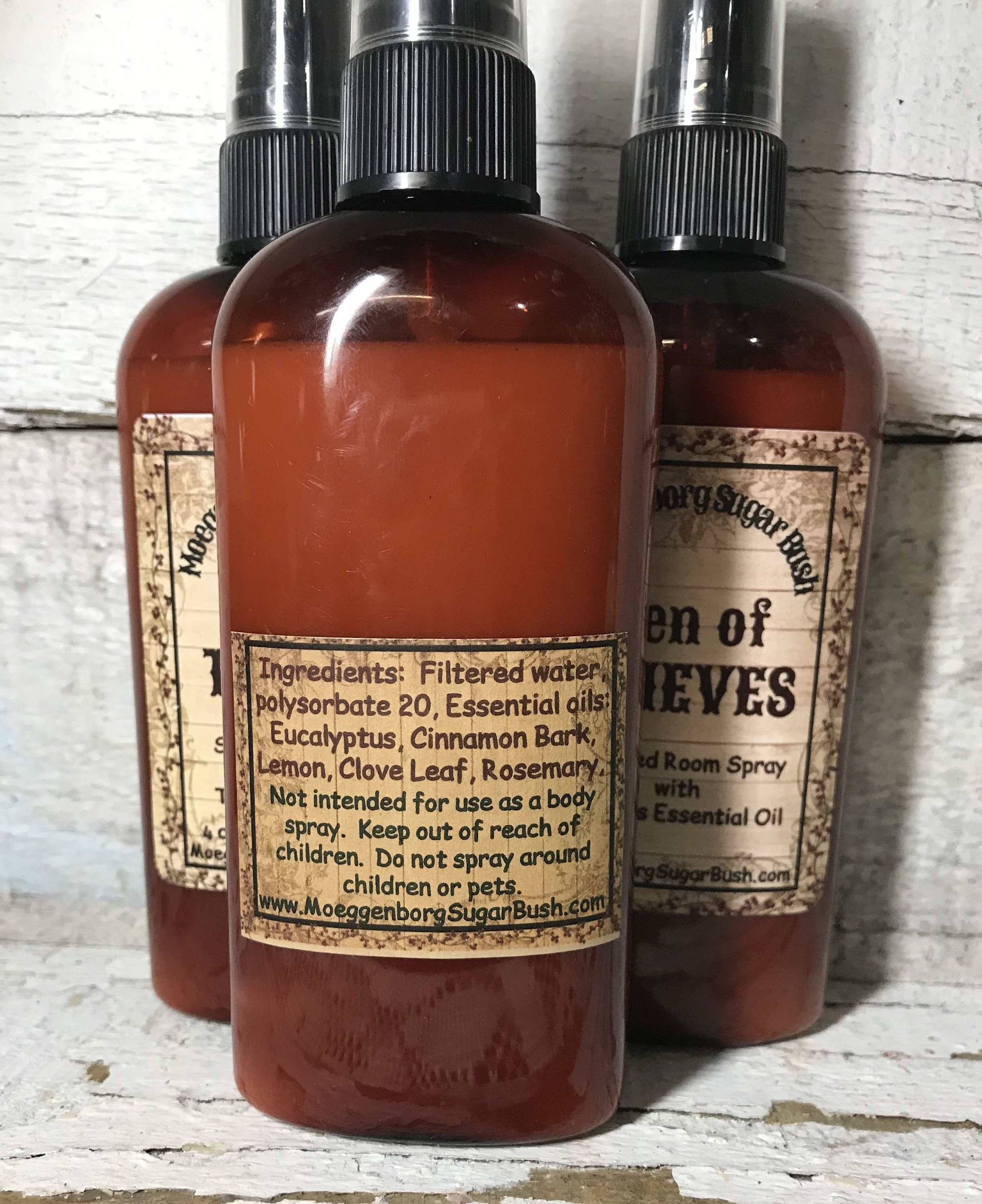 This spray is non-alchohol and non-aerosol

The thieves oil legend says that there were four men who were perfume merchants. During the height of the Bubonic Plague (Black Death) they supplemented their income by robbing the those who were dyng or had died of the plague. They developed an oil made from essential oils which kept them from contracting the disease. The penalty for this kind of crime was death by burning. When they were discovered, they were taken to the King who told them if they shared their secret oil, they would not suffer that consequence. They told the King their secret who put them to death by hanging. On a side-note, physicians of that time wore masks to prevent them from contracting the virus. The mask was shaped like a beak, hence the slang word "quack" was used to refer to doctors

We make no medical claims as to the benefits of thieves oil. We just love the aromatherapy!

These statements have not been evaluated by the Food and Drug Administration.
This product is not intended to diagnose, treat, cure, or prevent any disease.
This information should not be used as a substitute for medical counseling with a health care professional. Individuals with serious illnesses should consult a qualified health care professional.

Made in Michigan Made in the USA Made in America


Check out our other scents:
https://moeggenborgsugarbush.patternbyetsy.com/shop/15919062/sprays-and-fragrance

We are now using the Etsy shipping calculator. Our normal methods are First Class or Priority Mail. It is our policy to refund any shipping overages above $1.00 back to our customers.

We cannot be responsible for orders shipping without insurance and/or delivery confirmation.

We want our customers to be happy so we go the extra mile in our customer service. If you are unhappy with one of our products, please contact us we will do what we can to find a solution to the problem.

Due to fraudulent claims, all claims for damaged items must be accompanied by a convo with a picture of the damaged item attached before any refund will be issued.

Due to the handmade nature of our items, they may not be exactly as pictured.

0 items in your cart